Raw and Organic Honey: How To Know The Real Difference Between Two? 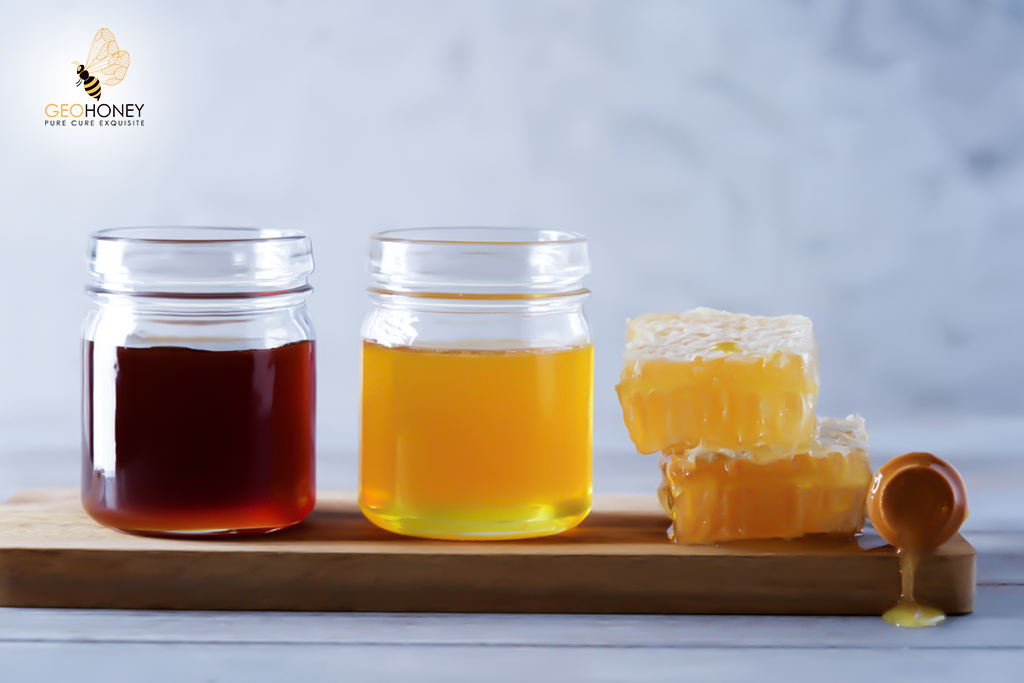 In today’s world where the honey bee populace is declining, individuals are much worried about honey-like ever before. Because of this worry, we're all purchasing bee honey that is better for the climate, and not simply the one that arrives in charming bear bottles. However, it is important to know about the actual difference between raw honey & organic honey?

Purchasing honey at the supermarket has gotten somewhat hard. Is there anything on the mark that we ought to be searching for? It is safe to say that one kind of honey is safer than the other? An influx of the numerous types of honey in the market, it has become quite tricky to decide which honey is the best to incorporate in the diet so as to reap its never-ending benefits.

In general, many of us mistakenly believe that raw & organic honey is the same thing; whereas in actual some subtle differences set the two honey forms apart.  Let us clear the myths about these most common honey types –

What is Raw Honey?

Raw honey is basically the honey that has not been pasteurized (heat-treated) above 45C and comes with intact pollen contents. It crystallizes very frequently because of the presence of rich pollen contents. This type of honey is generally sold by local farmers or in independent food shops. Supermarkets generally don’t sell raw honey because it gets crystallized frequently. And when it starts to solidify, many purchasers quit buying it since they think it has sugar added to it.

What is Organic Honey?

Organic honey is free from synthetic compounds and antibiotics. It has been autonomously confirmed to come from a colony that is 5 to 8 miles from the closest counterfeit chemical source, for example, streets, processing plants, houses, and so forth. Organic honey is neither strained nor heated beyond pasteurization. Honey that is labeled organic should always come from the nectar of the flowers that are not sprayed with the chemicals. While preparing organic honey, bees cannot be given antibiotics too.

This is a common question that leads to confusion among conscious honey buyers. Like said before, raw honey is kept unpasteurized to preserve all its enzymes and properties it has in the hive.

Organic honey, on the other hand, comes from blossoms that have never been treated with chemicals. This is why it is a must to keep in mind that raw honey can be organic, but it is not necessary that organic honey is always raw as it can be processed.

To get the organic badge, UAE honey companies must prove that all their bees have been foraged organically without using manufactured herbicides or artificial fertilizers.

At last, the entire buzz about raw honey versus organic honey has reached a conclusion. Being very much like, some minor contrasts separate one honey from another one. Be that as it may, since there aren't any legitimate rules recognizing the two, both are really sweet additions to your pantry. Buy raw honey online from Geohoney & give yourself a treat that will surely delight your taste buds!

Well, I use raw honey because I like its flavor.