Keystone Habits and Honey- The Means to a Better Life 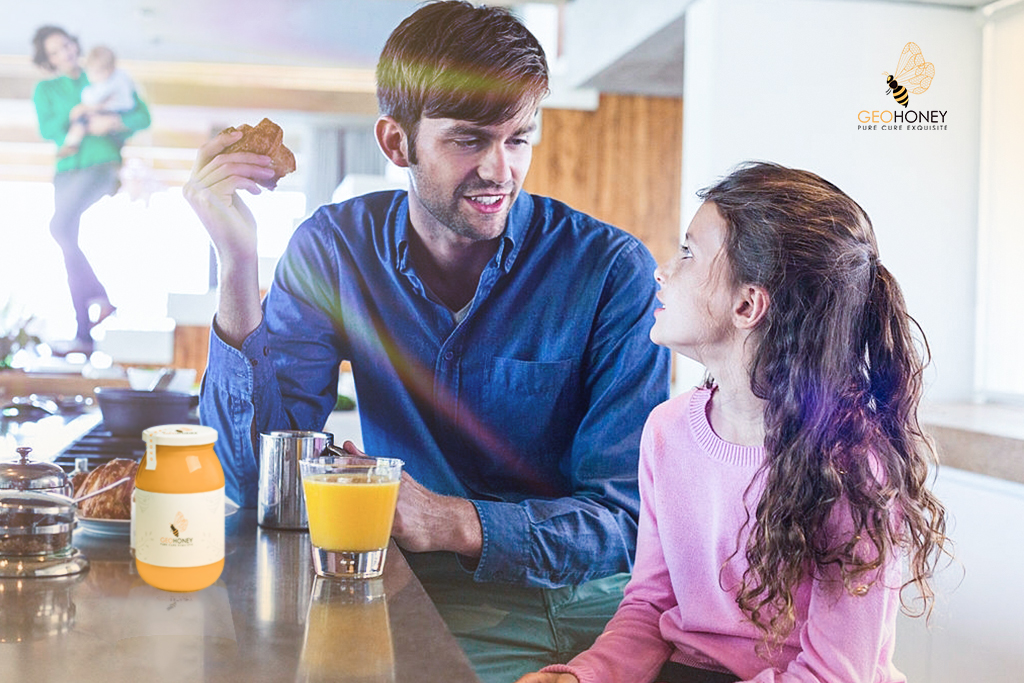 Habits, in current times, often seem to get a lot of flak. We're always looking to break out of patterns, reject practices, and so on. But, what would you say if you learned that your mother had been right all this while - that routines could be foundational to your success? -and that eating honey can be a part of your growth, both physical and mental?

While there's a wide range of good habits that enrich your life, Charles Duhigg, in his book, The Power of Habit, introduces the concept of keystone habits.

When you think about it, it's indeed quite simple. Certain critical life-habits that become a part of your existence imminently improve your life's overall quality once they become a part of your presence. You can think of keystone habits as the wholesome friend in a group whose very proximity makes other people behave better! In the UAE, honey is becoming a keystone habit since the rise of COVID cases, and one must consider acquiring it as soon as possible.

All this might sound incredible. But it's quite right. And, what's more, is that you may already have these keystone habits in your life, without even recognizing them as such.  Simple things, like making your bed every day, or consuming healthy food on time, could undeniably impact other areas of your life.

As described by Psychology Today, a study showed that in a group of 68,000 people, 59% don't regularly make their beds, while 27% do. Sounds like arbitrary statistics? Wait for the next part! Curiously enough, 71% of the people who make their beds claimed to be happy people, with calm, organized lives. A whopping 62% of the people who DON'T make their beds owned up to having unhappy lives! It's just not about making the bed, the point being, and keystone habits can drastically affect your life. Cultivating a habit of consuming a teaspoon of SIDR honey, you will notice exciting changes in your energy levels, which seem to rise and strengthen you immediately. This natural syrup made from honeybee hives is proven to effectively cure several allergies and prevent infections while boosting immunity and blood circulations. So, what's the harm in adding a little natural honey to your breakfast?

Yet, the consumption of honey and making your bed are just two examples. Keystone habits could be anything that makes your life fall into place. Such as keeping records of your meals. Studies show that keeping a food diary doubles weight loss during diets. Periodically maintained records highlight unfavorable, yet hidden, patterns in your consumption, and evoke the urge to improve them. Meal planning is a habit that even helps students maintain a better diet and grow their cognitive abilities. Geohoney, on the way of producing the world's best honey, also studied previous research on the traits exhibited by Dubai honey consumers and verified that the diet plans that included honey as a part of routine induced better results than those excluding it.

Just including a habit to your routine is not enough. Charles Duhigg, in his book, talks about the absolute importance of willpower as a habit, which heightens the chances of individual success. People who are aware of their will and train themselves to use it are far less likely to engage in self-sabotaging behaviors. For instance, students who exercise willpower often perform better than students with high IQ, as suggested in a 2005 study conducted by the University of Pennsylvania. The former often spend more time on their homework and revision than the latter, who often lack the self-discipline. Willpower helps you eat better, exercise frequently, follow a plan, and do focused work. And, each of these is a keystone habit in itself. Thus, to conclude, it isn't wrong to say that willpower is the master keystone habit. It can have the most far-reaching impact on your life. Geohoney urges you to have an open-minded discussion with yourself and figure out a motive to develop keynote habits and enhance your abilities.

What Is Pure Honey And Tips To Buy The Real Product!

I have used honey for my daily meals.

The mead is burping away