Raw Honey and Medicine: The Connection Since Ancient Era! 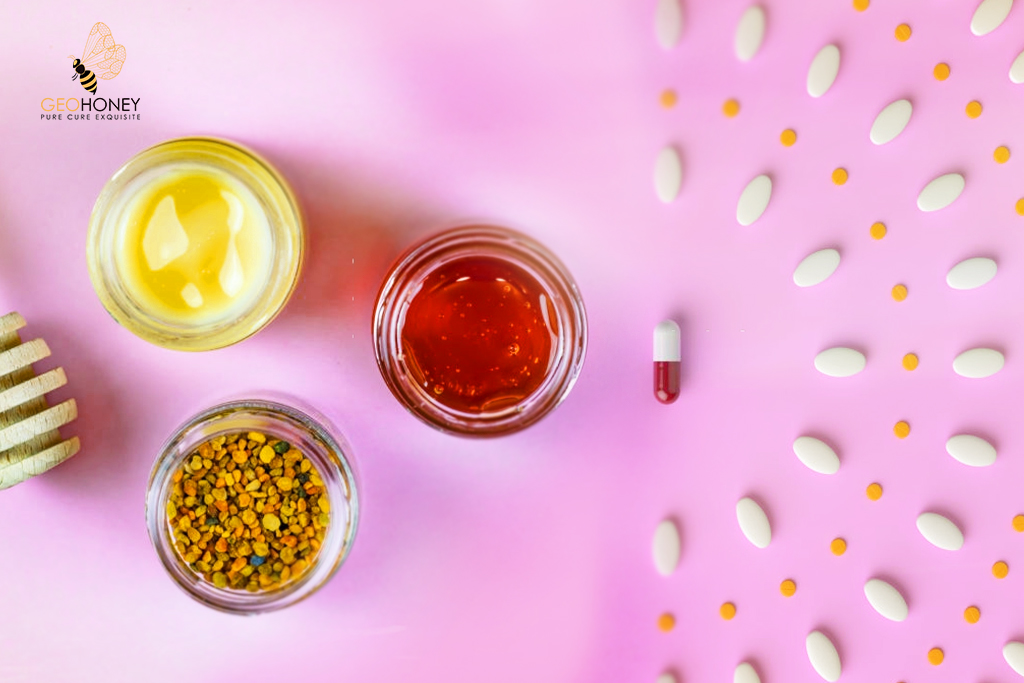 The usage of raw honey for medicinal purposes is way older than the history of the medicine itself. There are evidences which have been recorded and traced of honey usage as a remedy against varied illnesses in Egypt, Greece, and Rome, even when people didn’t know what disease they had, they were cured by honey. The earliest recorded medical prescription including honey is from Sumer, an ancient civilisation of the Mesopotamia region. Honey has a long tradition, not only in Western medicine but also in traditional Chinese medicine and Ayurveda. There are frequent references to honey in sacred texts. However, in medieval times, raw or unprocessed honey, in any form, was not a prevalent subject of medical texts and hence, there is a very little written documentation on honey usage in that period. Nevertheless, very interestingly, there are recurrent references to honey in sacred texts worldwide. Also, Geohoney found varied evidences to support the medicinal cures of honey in various medicine systems in different regions. Here are some references:

Statistically, honey became the most popular drug which finds references in almost 900 remedies more than 500 times. Its prescription as a wound ointment was discovered in the Smith papyrus (an ancient Egyptian text dating back to between 2600 and 2200 B.C.) which suggests a combination of byt (honey), mrht (grease), and ftt (lint/fibre). Back then, almost all the Egyptian medicines were made of honey combining it with milk and wine. Honey was also used for embalming the dead.

Ancient Vedic civilization named honey to be one of the nature’s greatest blessings to mankind. Conventionally, according to few Ayurvedic texts, raw honey is a boon to people with weak assimilation. Moreover, the honey usage being highly beneficial as an irritating cough’s remedy has been highly emphasized. For many centuries now, honey has proven to be a treatment of insomnia for its hypnotic action. Furthermore, according to traditional Ayurveda recommendations, honey is an ailment for skin disorders (wounds and burns), palpitation and cardiac pain, and all imbalances of the lungs along with anemia. Ayurveda has also promoted the use of honey for eyes. Applied daily to the eyes, it improves the eyesight. Moreover, honey is regarded as useful in the prevention of cataract.

In ancient Greece, there used to be a beverage of unfermented grape and honey namedOenomel, which was sometimes used as a traditional medicine for certain nervous disorders and gout. Hippocrates, the great Greek scientist, advised a simple diet, with honey as oxymel (vinegar and honey) for pain, hydromel (water and honey) for thirst, and a mixture of honey, water and other medicinal substances for acute fevers. He even utilized honey for contraception, wound healing, baldness, cough and sore throat, laxative action, eye diseases, prevention and treatment of scars, and topical antisepsis.

The holy Qur'an intensely exemplifies the probable therapeutic value of honey: "And thy Lord taught the bee to build its cells in hills, on trees, and in (men’s) habitations; Then to eat of all the produce (of the earth), and find with skill the spacious paths of its Lord: there issues from within their bodies a drink of varying colors, wherein is healing for men: verily in this is a sign for those who give thought". With this great reference, the Muslim prophet Mohammad (SA) highly recommended raw honey use initially for diarrhea treatment. Then later, Avicenna, the great Iranian scientist and physician, almost 1000 years ago from now, endorsed honey as one of finest remedies for curing tuberculosis.Honey, even today, in Islamic medicine, is considered a healthy drink.

These are enough evidences to understand the varied benefits of honey being recognised in different eras by different communities and civilizations.

However, due to the development of synthetic medicine in the nineteenth century, raw honey started to be neglected. Nonetheless, its comeback has been significantly observed since the beginnings of the twentieth century, and honey is again being used widely as a medicine for a variety of health problems along with being used as an excellent wound healer. Geohoney strongly recommends a planned honey investment and the usage of raw honey on a regular basis, for boosting your immunity, improving the blood circulation and enhancing your intimate life, for better memory, and many more.

Corona Prevention Practices Must be Co...

How Beekeepers and Pollination are Aff...

Corona Prevention Practices Must be Continued After Lockdown Release – GeoHoney

How Beekeepers and Pollination are Affected by COVID-19 Pandemic?