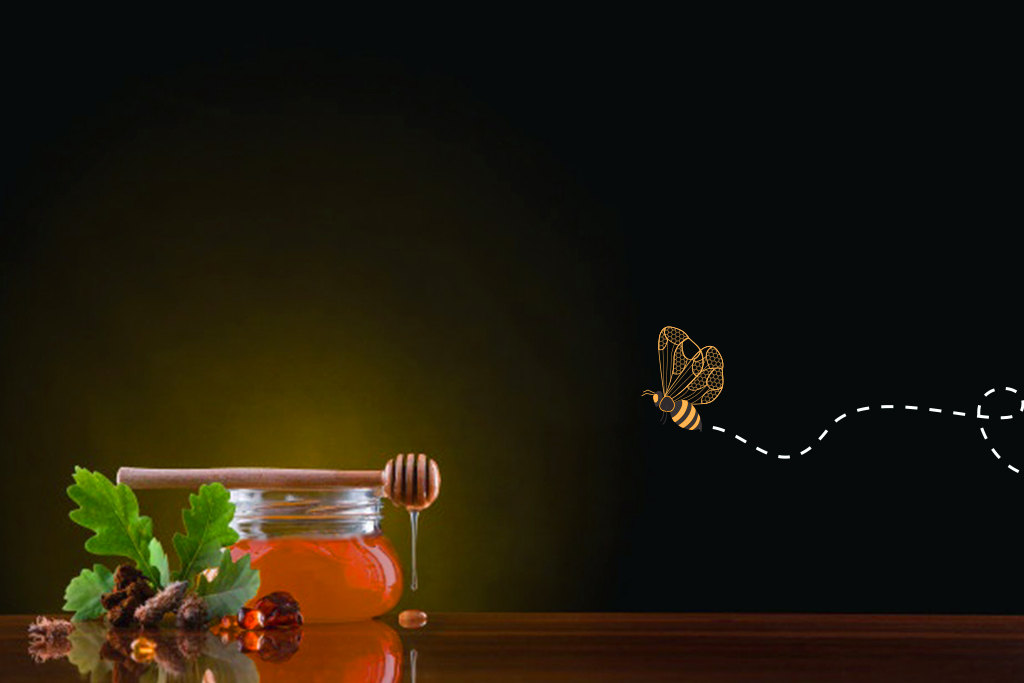 Unlike regular honey, black forest honey is the work of bees and plant-sucking insects (aphids). It is also known as honeydew honey and is considered one of the most exotic and nutritious foods in the world. Widely known for its therapeutic properties, what’s even more special about it is the way it is made. Strange but, the honey is derived from the poop of aphids parasitizing on the leaves of oak trees. However, this honey is a sure shot delicacy served on celebratory occasions across the globe. Characterized by its dark color and sweet flavor, the aphid’s parasite onto the oak leaves, they perforate the leaves to suck its sap.

After ingesting the sap, it goes through the digestive tract of the aphids, where it is enriched with enzymes and later released. The released substance is honeydew – which is a sticky and sweet substance. The liquid is rich in vitamins and minerals. The bees feed on this honeydew and get filtered again; it is enriched again through the digestive tract of the bee. The final product is collected and is referred to as honeydew honey. So it is the resultant of filtration and enrichment done by two different insects. The honeydew honey has a dark amber color which is why it is generally referred to as black forest honey.

Geohoney found certain studies which showed this honey was initially considered toxic and unhealthy to humans, which is why the usage of this type of honey was forbidden. It was only in the past century when a few tourists were willing to pay a price far higher than other forms of honey did the usage of black forest honey get commercialized. With proper education and training, the beekeepers can procure this honey and process it with suitable techniques. This honey is best noted for being rich in:-

Geohoney recommends this honey for its therapeutic properties in dealing with rachitis, muscle weakness, anemia, bone disorder, anorexia, and more.

3. Being rich in anti-oxidants it has anti-tumor effects as well.

Truly impeccable, isn’t it? The benefits surely favor the impeccable status. Credit goes to the oak trees, insects, and bees for giving us a chance to experience this miraculous substance.

This honey is still at a great price.

Less than 5 stars is a lie

Black forest honey does have a fair bit of minerals and vitamins making it a potent product in healing health ailments.

Black forest is special mainly because of the way it is prepared, the medicinal properties also justify why this is indeed an impeccable kind of honey.